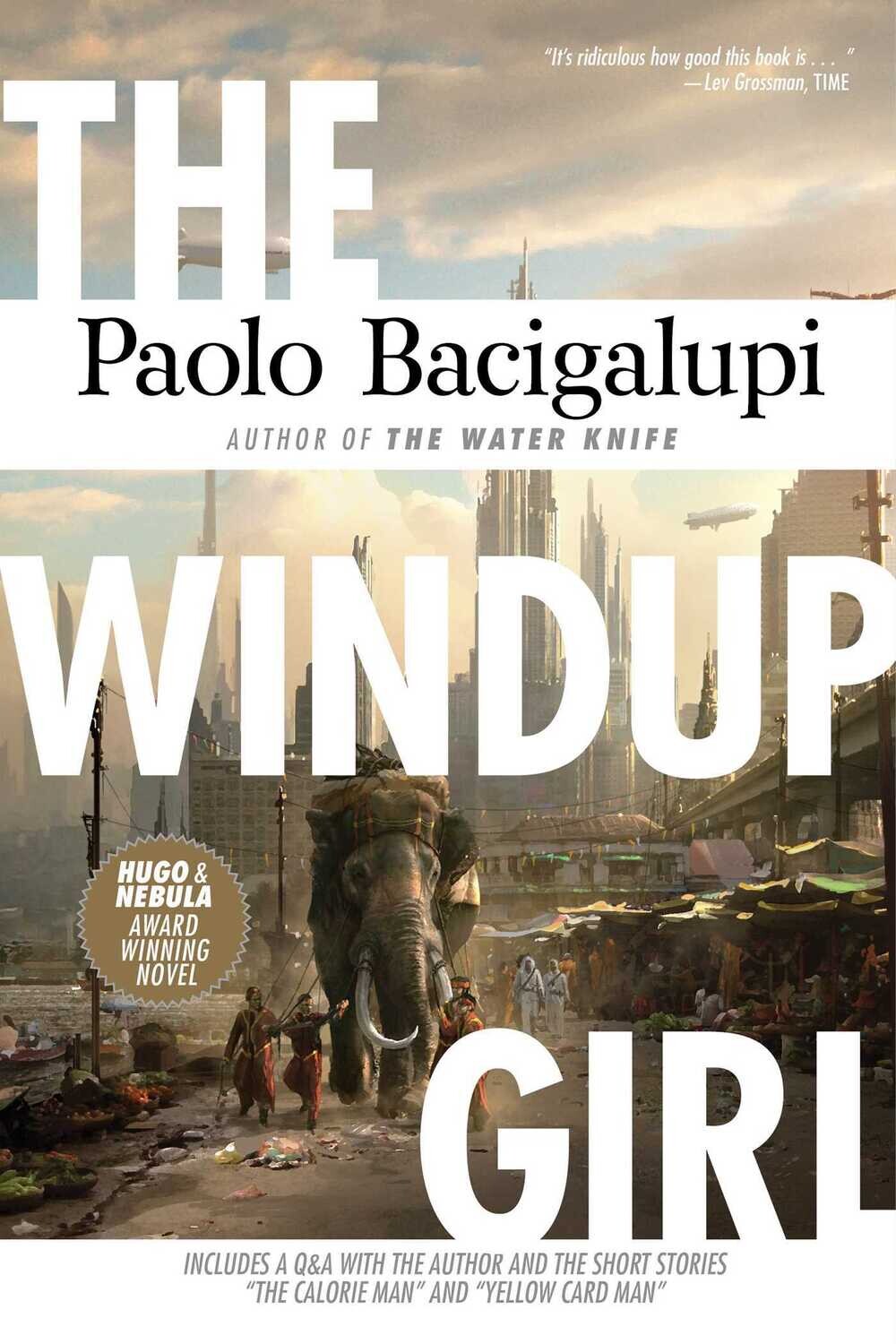 Winner of the Hugo and Nebula awards for best novel, the break-out science fiction debut featuring additional stories and a Q&A with the author.

Anderson Lake is AgriGen's Calorie Man, sent to work undercover as a factory manager in Thailand while combing Bangkok's street markets in search of foodstuffs thought to be extinct, hoping to reap the bounty of history's lost calories.Emiko is the Windup Girl, a strange and beautiful creature. Emiko is not human; she is an engineered being, grown and programmed to satisfy the decadent whims of a Kyoto businessman, but now abandoned to the streets of Bangkok. Regarded as soulless beings by some, devils by others, New People are slaves, soldiers, and toys of the rich in this chilling near future in which calorie companies rule the world, the oil age has passed, and the side effects of bio-engineered plagues run rampant across the globe.What happens when calories become currency? What happens when bio-terrorism becomes a tool for corporate profits and forces mankind to the cusp of post-human evolution? Bacigalupi delivers one of the most highly-acclaimed science fiction novels of the twenty-first century.